JoinGiveClassesVenue Rental
Admission to the Museum Galleries and Shop is by timed entry and advance ticket only Get Tickets During Flora in Winter (Feb 25-28), the Museum is open only to WAM Members with reserved timed tickets—and closed to the general public 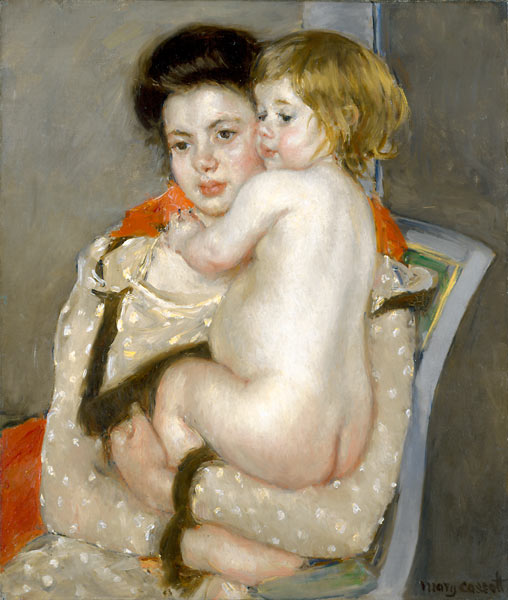 The daughter of a prosperous, socially prominent Pittsburgh family, Cassatt resolved about 1860 to become an artist. After traveling in Europe to study the old masters, she settled in Paris, where in 1877 she was invited by Edgar Degas to join the French Impressionists. Cassatt exhibited several times with the group between 1879 and 1886, thereby becoming the only American so intimately associated with these radical artists.

While landscapes and scenes of the city and its cafés and theaters were favored by many of her male colleagues, Cassatt focused on intimate, domestic subjects, such as the theme of mother and child that she repeated throughout her career. By 1902 the artist had lived for almost a decade in the village of Mesnil-Theribus (about fifty miles northwest of Paris), where she often had neighbors pose for her, as they seemed more at ease than professional models. The young mother in Worcester's painting sat for Cassatt many times in 1902 and 1903, appearing in several preparatory sketches done in both oil and pastel. This final version reveals the characteristic solid forms and design that had emerged in Cassatt's work in the 1890s, when she was first influenced by the strong patterns and contours in Japanese prints.