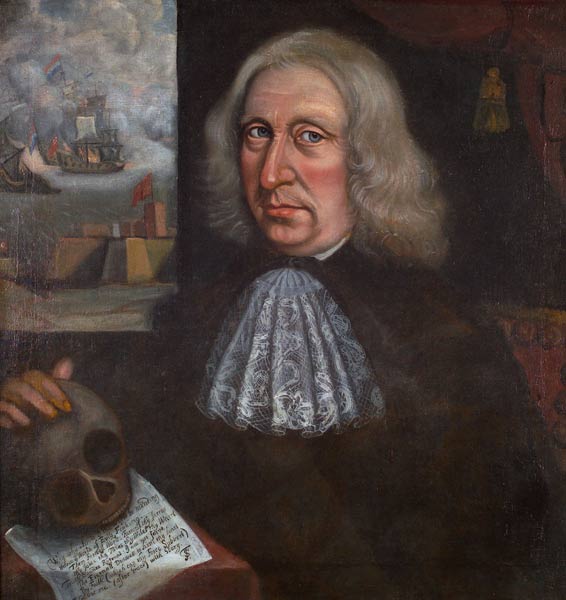 This painting is the only seventeenth-century New England portrait by an identified artist and the earliest extant American self-portrait. Few details are known about Smith, who was recorded as a portrait painter in a contemporary account book at Harvard College. A group of about four portraits of Bostonians painted between 1675 and 1690 can be attributed to Smith on the basis of style. That he was a man of wealth is confirmed by his inventory of 1691, as well as by his refined attire in the present portrait. A reference to Smith as a mariner, which appears in his will of 1688, is supported by the naval battle depicted in the vista to the left, which includes ships flying British and Dutch flags.

Among indications that Smith was acquainted with northern European portraiture are the modeling of rounded forms in this painting- especially the figure- and the illusion of real space. The skull and the poem- which bears the artist's initials at its conclusion- comment on the mortality of man, a theme recalling seventeenth-century Dutch and British precedents.