After eight decades in storage and a multi-year restoration, Shipwrecked Mother and Child by Edward Augustus Brackett (1818-1908) finds a home in the Morgan Gallery, part of the second-floor European Galleries. Completed in 1851, this life-sized marble statue depicts a nude mother cradling her young child, both with eyes closed and torsos twisted. Although created by an American artist, Shipwrecked Mother and Child is displayed among European artworks. Brackett was strongly influenced by European art, as evidenced in his portrayal of the nude, an artistic subject that was uncommon—even taboo—in America and New England at the time.

Thanks to generous funding from the Henry Luce Foundation, the 1½ ton sculpture underwent an extensive conservation treatment beginning in December 2019. Visitors were given the opportunity to follow along through the glass doors of the Museum's Jeppson Idea Lab, as Objects Conservator Paula Artal-Isbrand meticulously cleaned and repaired the figures. 150 years of dirt and grime were dissolved and removed using gel-based agents, while missing fingers and toes were 3D printed and replaced in collaboration with scientists at Worcester Polytechnic Institute (WPI). Now returned to its original splendor, Brackett's masterpiece makes its long-awaited return to the galleries. 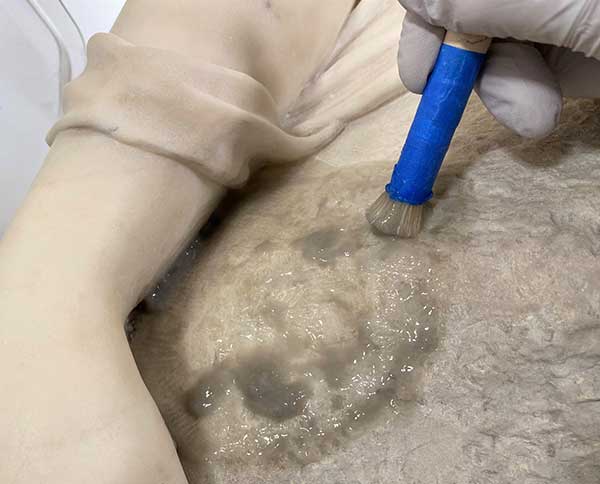 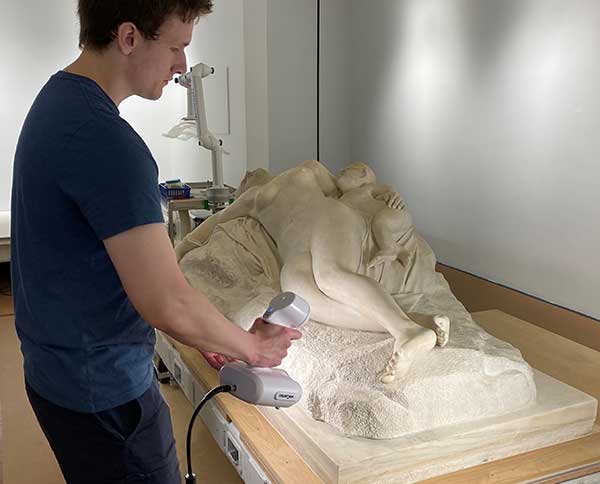 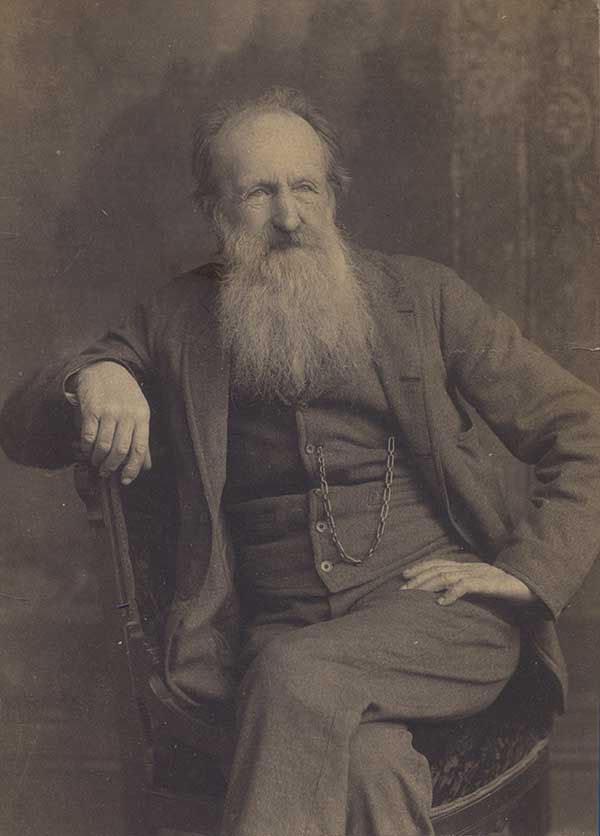 Largely self-trained, the Boston-based Edward Augustus Brackett is mostly known for his portrait busts, particularly of abolitionist John Brown and painter Washington Allston. Shipwrecked Mother and Child was his most ambitious work, begun in 1848 as a series of clay and marble mock-ups. Something of an eccentric, Brackett depleted his life savings to purchase an enormous block of Vermont marble for the final version. Working incessantly for 16 hours a day for a full year, Brackett completed the sculpture in 1851.

Following its first exhibition in New York, the sculpture was displayed in the Boston Atheneum from 1854 until the early 1900s, then returned to the artist. In 1904, Brackett (who had retired from art to serve as the head of the Massachusetts Fish and Game Commission) gave the sculpture to WAM, where it was displayed for some years before being put into storage. Now, after almost 80 years, Shipwrecked Mother and Child once again graces the Museum's galleries.

This project is generously supported by the Henry Luce Foundation.