Renaissance Woman in Asia:
Florance Waterbury and Her Gifts of Asian Art

Painter, world traveler, collector, and noted Chinese art scholar describe the diverse roles and interests of Florance Waterbury. Rising to prominence with a 1922 one-woman show in New York as a still-life painter, many of which depicted Southeast and East Asian objects she collected during her travels, her fascination with Asia slowly transformed from its visual forms to its art historical study. With the publication of her important study on Chinese ritual bronzes in 1942 Waterbury became a recognized scholar. During this time she began giving several gifts to the Worcester Art Museum, many of which helped shape the Museum's early Chinese art collection. This exhibition includes a selection of Asian paintings she gave to the Museum. 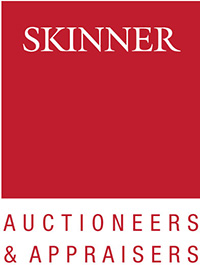